Android 12 Developer Preview is expected to be presented this week or next as an early beta of Google’s latest operating system. There are also new details about Android 12. Now we can take a look at the first screenshots of the OS.

These screenshots are from a trusted source. However, we warn you that their authenticity has not yet been confirmed. Pictures appeared on the eve of the release of the Android 12 Developer Preview. It is logical to assume that they demonstrate the interface of this particular OS version.

The images show a redesigned user interface and are generally similar to the iOS interface. The second point to pay attention to is increased security. In Android 12, when you launch an application, the system will warn you about what resources the application is using. For example, does he have access to a camera, microphone, or GPS? In this case, the user can immediately disable the application’s access to any resources.

5 Most Anticipated Smartphones of 2021

Elon Musk is building his own city of Starbase 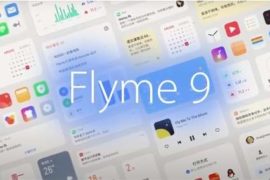