The outgoing year has given the world a lot of high-quality smartphones of different price categories. The year will be remembered for the announcement of the first iPhones with support for 5G mobile networks, the rise in popularity of foldable Samsung smartphones and the problems of Huawei. In this article, we’ll take a look at five of the very best solutions that have emerged over the course of 2020.

So the situation has developed that Samsung flagships have become uncompromising solutions on Android. The main reasons are Huawei’s problems and a sharp increase in the price of top-end Xiaomi models, while LG and Sony have not imposed competition.

We also worked on autonomy. The battery capacity is 4500 mAh. The power for fast wired charging is 25W, while wireless charging is 15W. In Europe, the Samsung Galaxy Note20 Ultra is sold with the Exynos 990 chip, and in the rest of the countries with the Snapdragon 865.

Apple this year introduced five smartphones at once. The best is called the iPhone 12 Pro Max (the iPhone 12 Pro is also great, but slightly smaller). It is equipped with a 6.7 “display with a diagonal of 6.7”. The company decided not to implement support for increased refresh rates.

iPhone 12 Pro Max is powered by the 5nm Apple A14 Bionic SoC up to 3.1GHz. The smartphone has a triple main camera with 12 MP + 12 MP + 12 MP and a LiDAR sensor. A 12-megapixel image sensor also represents the front camera.

A 3687 mAh battery deals with autonomy in the smartphone. Apple did not change the proprietary Lightning connector to the more popular USB Type-C port. But it introduced support for MagSafe magnetic charging. One of the “innovations” was the removal of the power adapter from the package.

Huawei has been making the best smartphones for mobile photography enthusiasts since 2018. In the past year, this was the Huawei P40 Pro +. The camera has a ToF sensor and four optical modules. Two 8MP telephoto lenses provide 3x and 10x zoom. The resolution of the wide-angle camera is 50MP, and the ultra-wide-angle camera is 40MP.

The smartphone can record video in 4K UHD at 60 fps, but support for 8K is not provided. The flagship has an OLED panel with a 90Hz refresh rate, a 7nm Kirin 990 5G chipset and a 4200mAh battery. Wired and wireless charging is also available – the power of 40 watts.

Huawei P40 Pro + was left without Google services and was the first to receive EMUI 10.1 firmware on Android 10. There is no stereo sound either. The company bends its line and does not add a second speaker at all. Also, note the protection against water according to the IP68 standard.

You can also read: All about the new Huawei P40, P40 Pro, and P40 Pro+: Specifications, Design, Release date

Couldn’t do without Xiaomi smartphones in this top. It was she who released the best flagship available. It is called Xiaomi Mi 10T Pro. It costs more than three times less than the top-end iPhone 12 Pro Max.

The device is equipped with a Snapdragon 865 processor. The main camera has a resolution of 108 Mp + 13 Mp + 5 Mp and cannot boast of a telephoto lens. But it does support 8K ULTRA HD. The display is built on a 144 Hz IPS panel.

The battery capacity in the smartphone is 5000 mAh—fast charging power – 33 W. The biometric sensor is installed at the end. Also note the MIUI 12 out of the box, NFC and stereo speakers.

We conclude the article with a Xiaomi smartphone too. But already cheap. It’s called Redmi Note 9 Pro 5G. The model is powered by a Snapdragon 750G chipset with 5G support. At $ 245 for the initial version, the smartphone has become the world’s most affordable 108MP camera solution.

The list of parameters also includes a 120 Hz IPS panel, a 16-megapixel selfie camera, stereo speakers, NFC, headphone output and a battery with a charging capacity of 4820 mAh. Fast charging has a power of 33 watts.

You can also read: TOP 5 Foldable Smartphones of 2020

Of course, the world saw many more smartphones in 2020 than the five solutions we talked about above. There were foldable models led by the Galaxy Z Fold2, and “alternative flagships” like the iQQO Z1 on Dimensity 1000+, and Xiaomi Mi 10 Ultra camera phones Huawei Mate 40 Pro +. We hope that 2021 will be just as rich in interesting novelties. 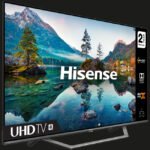 Introduction to the new Samsung Galaxy A32 – 30 Day Impression 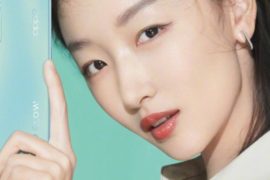 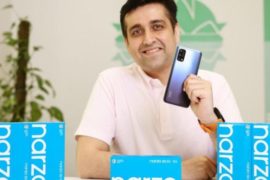 Asus ROG Phone 5 has become the best smartphone in terms of sound performance. 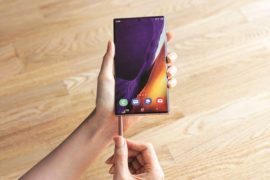